Pet birds often become ill when they are not cared for or fed appropriately. While most avian diseases can affect every species, some species are more prone to develop certain conditions. By being familiar with various conditions that commonly affect a certain species, your veterinarian is able to formulate a diagnostic and treatment protocol resulting in a correct diagnosis and cure for your bird's illness. While it is impossible to list every possible disease that may afflict your bird, the following discussion will familiarize you with some common health conditions your pet bird may encounter. If the signs of these health conditions are noticed, contact your veterinarian right away. 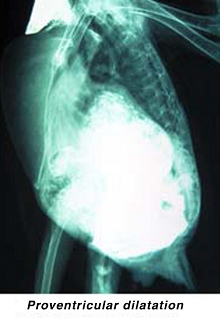 This client information sheet is based on material written by: Laurie Hess, DVM; Rick Axelson, DVM

© Copyright 2019 LifeLearn Inc. Used and/or modified with permission under license.